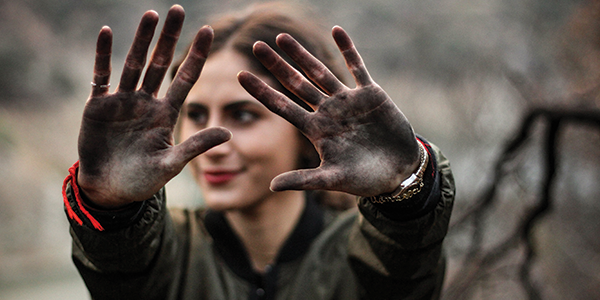 According to the Organization for Economic Cooperation (OECD), the gap between the rich and the poor keeps widening, with the richest 10% of the population earning 9.6 times the income of the poorest 10%. Income inequality has been growing on average in OECD countries over the last 25 years. Relative poverty is increasing. Their research also concluded there is a wider gap in education in the most unequal countries, which leads to a less effective workforce.

For young people in particular, the situation has gotten much worse. The Millennial Bloggers are based all over the world. They are innovators in entrepreneurship, journalism, education, entertainment, and academic scholarship. CMRubinWorld asked them to share their perspectives on the rich, the poor and the growing gap.

“No, your eyes are not deceiving you. That’s right. At this moment, the total U.S. Student Loan debt is over 1.2 TRILLION dollars,” writes Erin Farley. “Diane (Ravitch), you are right. Young people should not be buried in debt when they finish college, but the reality is we all are and this is desperately hurting the country’s economic growth and entrenching wealth inequality.” Read: Student Loan Debt and Inequality

“I venture to connect the dots: Brexit, Trump, Global inequity. What do these have in common? A rejection of the prevailing established norms,” writes Jacob Deleon Navarrete. “What happens as we move forward? I fear a future of discontent as the globe sorts this new normal. Climate change and the broad automatization of labor are major challenges we face. What lessons can be learned today to attenuate future discord?” Read: Well, Let Them Eat Cake!

“If you are more mindful of where you exist within this inequality gap and how much time and effort it may take you to get to where you want to go, you’ll enhance your likelihood of reaching that destination, in the given time and place,” writes Isadora Baum. “Patience, dedication, and resiliency are necessary in fighting the struggle, and while the negative, competitive energy amongst millennials doesn’t seem fair, it’s a waste to deny the fact that it exists, it’s worsening with time, and it simply demands more.” Read: Rising Inequality: How Millennials Are Fighting To Survive

“As a young man, I have learned that education, like all rights, is there to uphold the freedom, respect, and dignity of every human and to treat everyone with fairness,” writes Alusine Barrie. “And, I have also learned that my government, to whom I pay my taxes, has a responsibility in upholding and promoting the right of every Sierra Leonean to get an education.” Read: Education is a human right; not a privilege

“I’m from an industry that’s at once a huge beneficiary of inequality and a particular victim of inequality. Book of Mormon never would have happened if not for a few checks from some vastly wealthy individuals … We need people willing to throw large chunks of money around, able to afford the risk of losing, and deep-pocketed and unobtrusive enough to stay out of the kitchen when there’s already expert cooks in there,” writes James Kernochan. “On the flip side, inequality bars many others from realizing their potential in the arts.” Read: Reaching the Levers of Power: Money and the Media after the Election

“There are instrumental and intrinsic reasons why all of us have the responsibility to work towards a more income equal world,” writes Bonnie Chiu. “And I think as everyday citizens, there are three things we should champion: social business, accessible education and migration.” Read: Too Big to Change? Everyday Actions to Reduce Income Inequality

“Only when education is equally accessible for all and everyone in the country feels safe and equally represented in those spaces, can South Africans begin to claim that steps have been made to overcoming inequality in education,” writes Dominique Alyssa Dryding. “There is absolutely no justification for the current state of affairs in South Africa, which privileges wealth (and in turn skin tone) for the access to education!” Read: The Tertiary Education Dilemma

“What is essential to understand, and I cannot stress this enough, is that in India, to talk about class is almost always to simultaneously talk about caste,” writes Harmony Siganporia. “The caste system is our own special ‘gift’ to the world, originating as it does in this country, and it is the single most bone-crushingly inhuman system of classification anyone could have ever conjured.” Read: Because We Looked Away

“Making the poor more economically mobile has far less to do with taxing the rich than with finding and implementing ways to teach the poor marketable skills and encouraging them to join the workforce,” writes Francisco Hernandez. “What is needed is improved education and access to skills with a more equitable system of education finance and admission.” Read: America: A Tale of Two Nations

The Millennial Bloggers hail from all over the world. Each writer is also a world traveller and, collectively, they have worked on every continent. The Millennials claim their roots in diverse locations: the United States, China, Singapore, South Africa, India, Sierra Leone, New Zealand, the United Kingdom, and Finland. 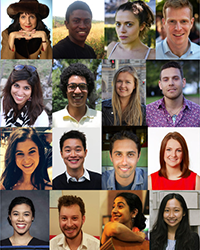 C.M. Rubin
C. M. Rubin is the author of two widely read online series for which she received a 2011 Upton Sinclair award, “The Global Search for Education” and “How Will We Read?”. She is also the author of three bestselling books, including The Real Alice in Wonderland, is the publisher of CMRubinWorld, and is a Disruptor Foundation Fellow.
Follow C. M. Rubin on Twitter: www.twitter.com/@cmrubinworld